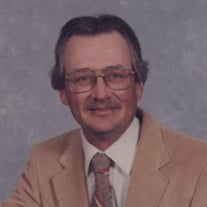 Alan Louis Salfen, age 67, of Ashley, Missouri, passed away peacefully on Sunday, April 12, 2020 at the VA Hospital in Columbia, Missouri with his family by his side. Family graveside services will be held at St. Clement Cemetery in St. Clement, Missouri with Deacon Mark Dobelman officiating. A memorial mass and service will be held at a later date. Alan was born July 18, 1952 in St. Charles, Missouri, the son of Elroy Gregory and Virginia Kuester Salfen. Survivors include his siblings: Marilyn (Mike) Peveler of Montgomery City, Missouri, Gerry (Barb) Salfen of Quincy, Illinois, Jan (Chris) Kelly of Columbia, Missouri, Terry (Brad) Stark of Louisiana, Missouri, Tina (David) Tucker of Eolia, Missouri, and Brent Salfen of St. Joseph, Missouri. Other survivors include his nieces and nephews: Julie (Bob) Hamer of St. Charles, Missouri, Lori (Jason) Bryan of Columbia, Missouri, Holly (Steve) Dullard of Ashland, Missouri, Kellie Peveler of Ashland, Missouri, Adrian Kelly of Moab, Utah, Greg Kelly of Charlotte, North Carolina, Caleb (Meghan Tumbrink) Tucker of Moscow Mills, Missouri, Ethan Tucker of O’Fallon, Missouri, and Kristen Tucker of Eolia, Missouri; an aunt; Lorraine Salfen of Warrenton, Missouri; 8 great-nieces and nephews; and many cousins and friends. He was preceded in death by his parents and a nephew, Coleman Tucker. Alan grew up in Dardenne, Missouri and moved to the St. Clement area while in grade school. He graduated from Bowling Green High School in 1970. After graduation, he went to Quincy Tech, studying automotive mechanics. He enlisted in the United States Navy on May 24, 1972, being discharged on March 17, 1978, He remained in the Navy Reserves until February of 1984. Upon his return, he spent his time on the family farm raising crops and cattle. He was a member of St. Clement Catholic Church where he served as an usher. He was a charter member of Squires and a member of the Knights of Columbus. He enjoyed playing in pinochle tournaments. He was a wealth of knowledge for family genealogy. Memorials may be made to St. Clement Cemetery, St. Clement masses, and St. Clement School.

Alan Louis Salfen, age 67, of Ashley, Missouri, passed away peacefully on Sunday, April 12, 2020 at the VA Hospital in Columbia, Missouri with his family by his side. Family graveside services will be held at St. Clement Cemetery in St. Clement,... View Obituary & Service Information

The family of Alan Louis Salfen created this Life Tributes page to make it easy to share your memories.

Send flowers to the Salfen family.