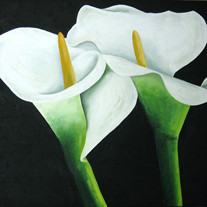 Anna Louise Mudd of Silex, Missouri passed away at her home near Silex, MO, surrounded by her children after a battle with lung cancer on Friday, November 27, 2015. She was 80 years old. Visitation will be held at the Bibb-Veach Funeral Home in Silex on Sunday, November 29 from 3:00 pm to 8:00 pm. A mass of Christian burial will be held on Monday, November 30 at Saint Alphonsus Catholic Church with Father Charles Tichacek officiating. Burial will be immediately following in the Saint Alphonsus Cemetery with David, Daryl, Chad, Kyle, Bradley, and Bryan Mudd serving as pallbearers. Honorary pallbearers were Matthew Hoepf, Joshua, Jonathan, Daniel, Blake, and Cody Mudd, Nathan Howard, George Niemeyer, Scott and Adam Creech. Anna Louise Mudd was born at her parents’ home on October 5th, 1935, the 5th of 7 children born to Kenneth and Elza Ellen (Royster) Colbert. Louise, as she was called, grew up on her parents farm located near Louisville. For the first eight years of her education she walked to and from Henton School, a one room school house from which she graduated 8th grade. She then entered Silex High school and graduated from there in May of 1953. While in high school she played basketball as a forward. After her graduation, Louise moved to Saint Louis and spent the next four years working for an insurance company doing filing and secretarial type work. Louise met her future husband at a dance near Olney and on June 29, 1957, William Carr Mudd made her his bride at Saint Alphonsus Catholic Church in Millwood, Missouri. They had been married 53 years when Bill succumbed to cancer on February 2, 2011. Louise and Bill were blessed with nine children, 28 grandchildren, 13 great grandchildren, and counting. After marrying Bill, Louise joined him on the family farm where she also helped raise their nine children. Louise was an avid gardener raising enough vegetables to feed her large family, the wild animals and still she had some to give away! She raised chickens as well and had a small egg business. She also enjoyed quilting making a jean quilt for each of her children and grandchildren. She was an excellent cook and loved having her family join her for a home cooked meal. She relished a good game of cards often joining her children and grandchildren for a round of gin rummy or pitch at the big dining room table. The lottery and scratcher tickets were also a source of pleasure for her and although she rarely won anything she never ceased getting a kick out of trying. With the exception of her four years in Saint Louis, Louise was a lifelong resident of Lincoln County. She was baptized into the faith soon after her birth at Saint Alphonsus Catholic Church and she remained a member of that same parish until her death. Louise’s greatest pleasure and pride in her life were her family. Nothing thrilled her more than to have her children and grandchildren visit her. She praised their accomplishments and commiserated their sorrows. This was especially noted by the many scrapbooks she kept of pictures, cards, letters, school papers and newspaper clippings. Louise is survived by her children, John Russell Mudd and wife, Kathy of Rolla, MO, Deborah Lynn Niemeyer and husband, Chris of Curryville, MO, Donald Eugene Mudd and wife, Debbie, Patrick Burdette Mudd and companion, Kate McMillan, Patricia Ellen Howard and husband, Tommy, William Douglas Mudd and wife, Geanine, Raymond Dean Mudd all of Silex, MO, Brenda Louise Hagemeier and husband, Robert of Wentzville, MO, and Rose Marie Creech and husband, Rick of Silex, MO. She also leaves her 28 grandchildren and 13 plus great grandchildren as well as 2 brothers, Kenny Colbert and wife, Bev and Gene Colbert, 2 sisters, Muriel Grote and Lois Schneidler and husband, Dan, 3 sisters-in-law, Lou Mudd, Mary Hughes, and Nora Witte and husband, Harry and many nieces, nephews and friends. She was preceded in death by her parents, her husband, her son-in-law, Jack Lee Hoepf, her sister Bernice McManus, an infant brother, Everett Colbert, her brothers-in-law, Edwin “Mac” McManus, Bob Grote, Jake Mudd, Roy Mudd, Pat Mudd, David Hughes, and Bob Bastean, sisters-in-law Martha Colbert, Norma Colbert, Virginia Mudd, and Nadine Bastean. Memorials may be made SSM Hospice, Saint Alphonsus Cemetery, or the donor’s choice.

Anna Louise Mudd of Silex, Missouri passed away at her home near Silex, MO, surrounded by her children after a battle with lung cancer on Friday, November 27, 2015. She was 80 years old. Visitation will be held at the Bibb-Veach Funeral... View Obituary & Service Information

The family of Anna Louise Mudd created this Life Tributes page to make it easy to share your memories.

Anna Louise Mudd of Silex, Missouri passed away at her home near...