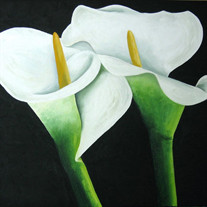 Billy Wayne Jennings, age 65, of Columbia, formerly of Vandalia passed away December 12, 2016 at the Boone County Medical Center in Columbia. Memorial Services will be held 7:00 p.m., Friday, December 16, 2016 at the Bibb-Veach Funeral Home in Bowling Green with Brother Tom Cooper officiating. Visitation will be held 4:00 – 7:00 p.m., Friday at the funeral home. Billy was born April 19, 1951 in Louisiana, the son of Betty Ray Frieden Jennings. She survives. Other survivors include sons Doug Jennings of Fayetteville, AR, and Dwayne Jennings and wife Marla of Springfield, NE; six grandchildren Kassandra Jennings, Karlee Jennings, Khloe Jennings, Paityn Jennings, Parker Jennings, and Pyper Jennings; brothers Johnny Ray Jennings of Panama City, Jay Frieden of Texas, Mike Frieden of Texas, Eddie Frieden of Texas, Kenny Frieden of Columbia; sisters Barb Magruder of Eolia, Paula Houchins of Frankford, and Debbie Niffen of Laddonia. He was preceded in death by his brother Dennis “Dink” Frieden. Billy grew up in Spencersburg, went to service in the Army, and then lived in New Florence and Vandalia most of his life. He worked as a kiln operator making silicate clay at Christy Minerals in High Hill, Missouri for 38 years before retiring. He then moved to Columbia where he worked as a custodian for Rockbridge Elementary School. Billy enjoyed hunting and collecting guns, and had a strong faith in Jesus. He played guitar and wrote songs, but most of all enjoyed spending time with his grandkids telling stories. Memorials may be made to Bowling Green Christian Academy.

The family of Billy Jennings created this Life Tributes page to make it easy to share your memories.

Send flowers to the Jennings family.