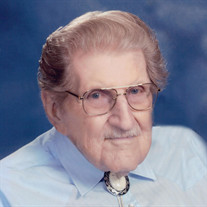 Boyd Allen Haddock, 84, of Bowling Green, passed away Sunday, February 9, 2020 at his home. A Celebration of Life will be held Thursday, February 13, 2020 at 12:00 p.m. at the Bibb-Veach Funeral Home in Bowling Green, with Pastor Jamie Franke of the First Christian Church of Vandalia, officiating. Visitation will be held from 10:00 – 12:00 on Thursday at the funeral home. Boyd was born to Jess and Nellie Haddock on March 7, 1935 in Wheaton, Missouri. He married Brenda Holcumbrink on June 26, 1982. She survives. Also surviving are son, Randy (Tracy) Haddock of Kimberling City, Missouri; daughter, Lavona (Lilburn) Motley of Springfield, Missouri; and step-son, Tommy (Mary) Samuels of Miller, Missouri; along with son-in-love, Phil and Rita Robertson of Curryville, grandchildren and great-grandchildren. Boyd was a man of deep faith and a servant of God. He was a member, and past deacon of the Vandalia First Christian Church. He served during the Korean War, having entered the Navy and serving 4 years active service and 12 years as a Navy Corpsman. After leaving the service, he worked as a licensed practical nurse/Physician’s Assistant at the Oklahoma Osteopathic Hospital in Tulsa, Oklahoma, St. John’s Hospital in Springfield, Missouri, and the Mt. Vernon Chest Hospital in Mt. Vernon, Missouri. His nursing career was followed by a career in law enforcement as Chief Deputy for the Lawrence County Sheriff’s Department, where he was involved with the Southwest Missouri Task Force and led the Junior Deputy program for children. He later transferred to the Pike County, Missouri Sheriff’s Department from which he retired in December, 1988, as Chief Investigator. He subsequently continued a lifetime of service with three terms as the Mayor of the City of Bowling Green. As Mayor, he was influential with bringing True Manufacturing, repaving City streets, and establishing an open-door policy with the community. He was a Paul Harris fellow with the Pike County Rotary Club, with having served as President of the organization. He was a member of the VFW and American Legion, and active with the Gideons, serving as Chaplain. Memorials may be made to Pike County Home Health and Hospice or Gideon’s International.

Boyd Allen Haddock, 84, of Bowling Green, passed away Sunday, February 9, 2020 at his home. A Celebration of Life will be held Thursday, February 13, 2020 at 12:00 p.m. at the Bibb-Veach Funeral Home in Bowling Green, with Pastor Jamie Franke... View Obituary & Service Information

The family of Boyd Allen Haddock created this Life Tributes page to make it easy to share your memories.

Send flowers to the Haddock family.