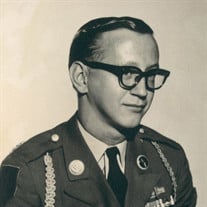 Charles David Brown, age 68, passed away suddenly on Sunday, August 28, 2016 in Troy, MO. Funeral services will be held at 12:00 pm on Wednesday, August 31, 2016 at the Bibb-Veach Funeral Home in Bowling Green with Lay Pastor Chris Gamm officiating. Burial will be in Green Lawn Cemetery in Bowling Green. Visitation will be held from 10:00 am until time of services on Wednesday at the funeral home. Charles was born to the late Anna and Roy Brown on August 26th, 1948. He married the love of his life, Patricia Mae Beavers, on September 5th, 1970, she survives. Survivors also include his daughter, Tabitha Brown; son Chad (Jessica) Brown; two grandsons, Carson and Cooper. Charlie was the youngest of the Brown family. He is survived by Evelyn Constable, Edwin and Rosemary Brown, Junior and Dona Riffle, Ernie Brown; sister-in-law Julianne Brown. He also has numerous nieces and nephews. He is preceded in death by his parents, his in-laws, A.V. and Virginia Beavers and one brother, Elmer Brown. Charlie grew up in Bowling Green and graduated from Bowling Green High School. He was drafted in the US Army in 1968 and was deployed to Vietnam; recipient of the Purple Heart with first oak leaf cluster,Bronze Star and was honorably discharged in 1970. Upon his return, he married Patty and they settled in Bowling Green, where he managed IGA, until he purchased the IGA in Vandalia. He was an active member in Jaycees and VFW posts in Bowling Green and Vandalia. After an illness in 1987, which left him disabled, but it did not define who he was, his passion became his family, always the rock to Patty, Tabitha and Chad. Charlie will always be remembered for the love of his family, the St. Louis Cardinals and his obsession with the game of golf. Charlie especially enjoyed spending time with his wife Patty. He was devoted to her for over 45 years. They were inseparable. He also had a deep devotion for his children and grandchildren; always the cheerleader and supporter. Charlie enjoyed the great friends he had over the years and enjoyed making new ones, talking to anyone that would listen. He will be greatly missed by not only his family but the many lives he touched in the Bowling Green and Vandalia area. Memorial may be made to the Sara Straube-Anders Elementary Teaching Scholarship.

The family of Charles (Charlie) David Brown created this Life Tributes page to make it easy to share your memories.