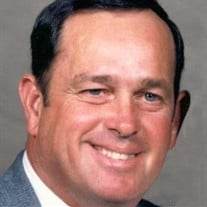 Curtis (Curt) P. Suddarth, age 72, of Bowling Green, passed away Sunday, April 3, 2016 at DePaul Health Center in Bridgeton. Funeral Services will be held at 10:00 am on Thursday, April 7, 2016 at the Bibb-Veach Funeral Home in Bowling Green with Rev. Frank Welch and Rev. John Bateman officiating. Burial will be in Star Hope Cemetery near Elsberry with military honors being conducted by VFW Post 5553 and Missouri Military Honors. Visitation will be held from 4:00pm until 8:00 pm on Wednesday at the funeral home. Curt was born August 13, 1943 in Elsberry, the son of Leslie Curtis and Lutie Annabelle Harrison Suddarth. He married Margaret Mary Gorman in Lincoln, MA on November 9, 1963. She survives. Other survivors include son Curtis Joseph Suddarth (Lori) of Bowling Green; daughter Louise Ann Smith (Brad) of Gibbs, MO; grandchildren Curtis James and Austin Suddarth, Daniel, Katie and Sam Smith; brothers Daniel R. Suddarth (Cindy) of Troy, Gene Suddarth of Bowling Green, Chris Suddarth of Bowling Green; sisters Judy Myers (Larry) of Clarksville, Sherry Ansley (Jim) of O’Fallon; sister-in-law Janet Suddarth of Elsberry and Kathleen Lydon Weymouth, MA; many nieces and nephews. He was preceded in death by sisters Leslie Kay Suddarth and Joyce Graham; brother David Suddarth. Curt grew up in Elsberry. After graduating from Elsberry High School he served in the US Army where he served as a NIKE Missile Engineer in the defense department during the Vietnam Conflict in Lincoln, MA. After he married Margaret, they were sent to Germany for three years and then Pedricktown, NJ at the missile base. When Curt’s muscular dystrophy prevented him from performing his job, he retired and moved back to Rockland, MA until moving to Bowling Green in 1980. In Bowling Green, Curt owned and operated Suddarth Reality for many years before retiring. He served as a member of the Bowling Green Rotary Club where he had served many positions including president from 1997-1998, and also the East Central Board of Realtor in Troy. Curt had also previously served as Commander of the DAV Chapter 65 in Weymouth, MA as well as a Boy Scout leader in Troop 113 in Rockland, MA. Serving as pallbearers will be Jake Finley, Larry Myers, Jim Ansley, Bronson Holland, Brad Smith, Daniel Smith, Sam Smith, Austin Suddarth and Curtis James Suddarth. Serving as honorary pallbearers will be Larry Walker, Tori Moore, Jessica Pribble and Mercedes Bell. Memorials may be made to Muscular Dystrophy Association or the American Heart Association.

Curtis (Curt) P. Suddarth, age 72, of Bowling Green, passed away Sunday, April 3, 2016 at DePaul Health Center in Bridgeton. Funeral Services will be held at 10:00 am on Thursday, April 7, 2016 at the Bibb-Veach Funeral Home in Bowling Green... View Obituary & Service Information

The family of Curtis P. Suddarth created this Life Tributes page to make it easy to share your memories.

Send flowers to the Suddarth family.