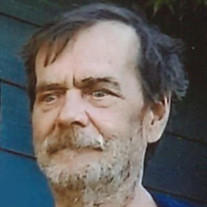 Dale Aden Miller of North Pole, Alaska passed away April 23, 2021 at Westview Nursing Home in Center, Missouri at the age of 65. Cremation rites are under the direction of Bibb-Veach Funeral Home in Bowling Green, Missouri. A memorial service is to be planned at a later date. Dale was born August 2, 1955 in Craig, Colorado to Courtney James and Wilma Louise (McKee) Miller. He was preceded in death by his father November 3, 2012. He is survived by his mother of Frankford, Missouri. Dale is also survived by two brothers, Jim (Lola) Miller of Hannibal, Missouri, and Jack Miller of Frankford; and two sisters, Lorretta Johnson and Edna Ehert, both of Frankford. Surviving as well, are numerous grandchildren. Dale married three times; first to Nancy Schuckenbrock of Curryville, Missouri, to which three children were born: Shonda (Blaze) Wahlert of Lexington, Kentucky, Melinda Miller (David Anderson), and Clifford (Caryann) Miller of Washougal, Washington. His second marriage was to Dawn Miller of Fairbanks, Alaska, where he adopted three children: Chris, Sara, and Brandon. His third marriage was to Elisa Davis of North Pole, Alaska, which included two step-children, David and Bryan, and three step-grandchildren: Justin, Skylar, Tyler. Dale worked for C and E Refractories in Farber, Missouri until 1983 when he moved to Alaska to work for George Miller Construction. He performed many tasks for his Uncle George, but primarily ran a well drilling rig for the company. After his uncle’s retirement, Dale became a member of the International Union of Operating Engineers Local 302, where he worked in road and bridge construction. Declining health forced him into early retirement, leading him to Missouri to be with family. Dale loved to fabricate, tinker, and build. He loved anything that had to do with welding and metal lathes. He was an excellent mechanic and loved sharing his talents with anyone who had a need. He often gave to others before himself. Thanks to the efforts of Community Care Loving Hospice and their staff Chaplain, Dale placed his faith in Jesus Christ as his savior. Memorials may be made to Community Loving Care Hospice, or to Bibb-Veach Funeral Home to help defray final expenses.

Dale Aden Miller of North Pole, Alaska passed away April 23, 2021 at Westview Nursing Home in Center, Missouri at the age of 65. Cremation rites are under the direction of Bibb-Veach Funeral Home in Bowling Green, Missouri. A memorial service... View Obituary & Service Information

The family of Dale Aden Miller created this Life Tributes page to make it easy to share your memories.

Send flowers to the Miller family.