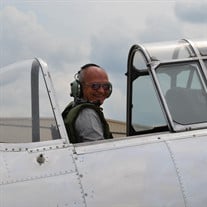 Darrell Alan Grote, 73, of Bowling Green, passed away May 14, 2019 at his home. Darrell was born to Raymond and Mildred Grote at Pike Memorial Hospital in Louisiana, MO on July 16, 1945. He was preceded in death by his parents and his niece Shonda Rae Lewis. He is survived by his wife of forty-seven years, Donna Sue (Caldwell) Grote; daughter Donielle Quinn of Bowling Green; sons Doug (Kelly) Grote of Bowling Green and Daton (Juliana) Grote of Wentzville; grandchildren Scott (Sarah) Quinn of O’Fallon, Madi and Quinn Grote, Evan and Andrew Grote; great grandchildren Delaney and Declan Quinn; sister Donna Rae Lewis (Gene) of Curryville; and many nieces and nephews. In his early years, Darrell grew up on the family farm in rural Bowling Green where he raised livestock and row crops with his parents. He attended elementary through high school in Bowling Green, and he was active in FFA. After graduation in 1963, he attended the University of Missouri before enlisting in the Air Force later to be honorably discharged with the rank of Sergeant. He was stationed in Witchita, KS and in Greece where he worked in the Nuclear Weapons Facilities, and he spent much of his off-duty time managing the NCO Club. Upon completing his service, the Air Force offered an opportunity to further his military career in New Mexico. Without hesitation, he chose to come home to enter a partnership on the family farm with his parents. Darrell married Donna Caldwell on February 5, 1972. He and Donna designed and built their home together on the family farm where they raised their three children. In the early eighties, his passion for computers led him to purchase his first home computer where he taught himself programming and repair. He later took that knowledge of computers to start his own computer consulting and repair business. He retired from farming in 2006 but continued his computer consulting work until his death. Darrell had many interests including Corvettes and flying airplanes. He spent much of his time tinkering with vehicles, machinery, and appliances. There seemed to be nothing that he could not fix or build. He also spent time on home projects such as designing, building, and landscaping their garden, which includes a water feature, koi pond, and tea house (on strict instructions from Donna, of course). He enjoyed road-tripping in the RV (which was a love/hate relationship), camping, and watching ballgames. But most of all, he loved just spending time at home with family. A Memorial Service will be held in the backyard of the home of Darrell & Donna at 2:00 pm on Friday May 31st, followed by A Celebration of Life lasting until 7:00 pm. Come and go as you please, and the family would love if you could bring a story to share.

Darrell Alan Grote, 73, of Bowling Green, passed away May 14, 2019 at his home. Darrell was born to Raymond and Mildred Grote at Pike Memorial Hospital in Louisiana, MO on July 16, 1945. He was preceded in death by his parents and his niece... View Obituary & Service Information

The family of Darrell Alan Grote created this Life Tributes page to make it easy to share your memories.

Send flowers to the Grote family.