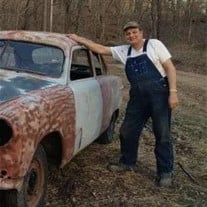 David Leo Cummins, 72, of Center passed away December 5, 2019, surrounded by his family. David was born in Houston, Missouri on February 14, 1947, to Arthur David and Hazel Mae James Cummins. His mother survives. He married the love of his life, Nancy Louise Vaughn. She survives. Also surviving are daughter Stacy Wood (Tim) of Frankford, son Eric Cummins (Codi Coose) of Hannibal, grandchildren Robert HInch, David Hinch (Devyn), and Annie Cummins, brothers, Donald Cummins (Jan) of Center, Coy Cummins of Troy, Roy Cummins (Janice) of Perry, and James Cummins (Julia) of Vandalia, sister Judy Burnett (Don) of Louisiana, and several nieces, nephews and cousins. David was preceded in death by his father and grandparents. David grew up mostly in Vandalia, after his family moved there from Houston, Missouri when he was 6 years old. He graduated from Van-Far High School in 1965. In 1966 he was drafted to the United States Army, where he served three years, including time in Korea. David worked for North America Refractories in Farber for 31 years. He also worked at NECC for 9 years. He had been a member of Spencer Creek Baptist Church since 1978. David enjoyed working on cars and collecting them. He also loved guns and hunting. He loved spending time with family. He was a loving husband, father, and grandfather, whom will be greatly missed by everyone who had the honor of knowing him. Crematory rights are being handled by Bibb-Veach Funeral Home in Bowling Green. A Celebration of Life will be held at a later date. In lieu of flowers, the family asks that any donations be made to Pike County Home Health and Hospice.

David Leo Cummins, 72, of Center passed away December 5, 2019, surrounded by his family. David was born in Houston, Missouri on February 14, 1947, to Arthur David and Hazel Mae James Cummins. His mother survives. He married the love of his... View Obituary & Service Information

The family of David Leo Cummins created this Life Tributes page to make it easy to share your memories.

Send flowers to the Cummins family.