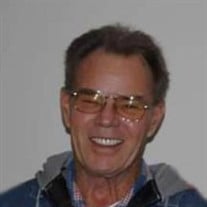 David William Aldin Nulsen, 76, of Eolia, passed away Thursday, June 24, 2021 at St. Joseph West Hospital in Lake St. Louis, Missouri. Per David’s wishes, a Memorial Service will be held at the family farm at a later date. Cremation rites are under the direction of Bibb-Veach Funeral Homes and Crematory of Bowling Green. David was born November 5, 1944 in Eolia, Missouri to Albert George Nulsen III and Betty Isabelle Sullivan Nulsen; the seventh of eighteen children. David is survived by a son, David Scott Nulsen of Eolia; a daughter, Rebecca Diane Cunningham of Tucson, Arizona; grandchildren: Crystal, Bradley, Elizabeth, Lieren, Sandy, Danielle, Samantha, and Aaron; 15 great-grandchildren, with one on the way; 2 brothers; and 10 sisters. He was preceded in death by his parents; brothers: Sonny, Bobby, and Donald; and sisters: Carol and Alice Ann. David grew up in Eolia and lived there his whole life. He graduated Clopton High School with honors. After high school, David served in the United States Army. He retired from the Army Corp of Engineers as the Lock Master of #24. David was a member of the American Legion and the Clarksville Boat Club. David enjoyed bowling and fast-pitch softball in his younger years, although he was still known to throw a ball around with his grandchildren and great-grandchildren. He liked to watch drag racing and boxing, and also built drag cars. His favorite pastime was spoiling his grandchildren and great-grandchildren, whom he referred to as his “little sweeties.” David could often be heard saying “These guns ain’t for show; they still go!” David had a great sense of humor, and will be missed dearly by his family and all who knew him.

The family of David William Aldin Nulsen created this Life Tributes page to make it easy to share your memories.

Send flowers to the Nulsen family.