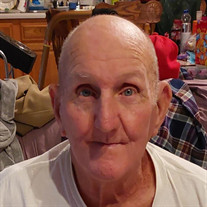 Mr. David Arthur Zeisset, 81, of Silex, MO, passed away on Wednesday, December 29, 2021. Funeral Mass will be held at 2:00 P.M. on Saturday, January 8, 2022 at the St. Alphonsus Church in Millwood, MO. Visitation will be held from 11:00 A.M. until time of Mass at the Knights of Columbus Hall in Millwood, MO. David was born on January 4, 1940 in Trenton, IL to Harry and Josephine Zeisset. He was married to Denise Bonds Zeisset in 1991. He is survived by his wife, Denise Zeisset, a son, Andrew Zeisset of Wentzville, MO, a daughter Laura Zeisset of South Carolina, grandchildren, Courtney and Gage Zeisset, nieces and nephews, cousins and in-laws, and a lot of friends. He was preceded in death by his parents and a brother, Wayne Zeisset. David was a veteran serving with the US Army from 1958 to 1964. He worked as a carpenter most of his life. He enjoyed many things including antique gun collecting, John Deere Tractors, coin collecting, working on his property, but most of all, he loved playing with and teaching Olivia and Harrison all he knew about anything and everything. They were the sunshine of his life along with his wife. Memorials may be made to the donor’s choice.

The family of David Arthur Zeisset created this Life Tributes page to make it easy to share your memories.

Send flowers to the Zeisset family.