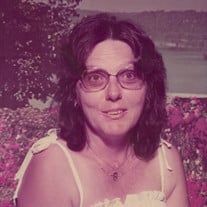 Dorothy “Ruth” Humphrey, 81, of Frankford, passed away December 31, 2019 at Tri-County Care Center in Vandalia. Funeral services for Ruth will be held January 3, 2020 at 10:00 am at the Bibb-Veach Funeral Home in Bowling Green. Burial will be in Mt. Zion Cemetery. Visitation will be Friday from 8:30 – 10:00 a.m. at the funeral home. Ruth was born on January 22, 1938, to Myles and Mildred Dobyns Borders in St. Charles, Missouri. She was married to Arthur Humphrey Jr. on August 6, 1958 in Waterloo, Illinois. He preceded her in death in 1980. Ruth is survived by; sons Arthur Humphrey of Bowling Green, Myles Conder (Delane) of Belleflower, and Al Shelton of New Melle; daughters DonaRae Morrison of Peoria, Illinois and Barbara Baker (Bill) of Denver, Colorado; sisters Betty Hocking and Sue Mitchell; 12 grandchildren; many great-grandchildren and great-great-grandchildren; as well as many nieces and nephews. She was preceded in death by her parents, husband, lifelong companion Lloyd Simmons, eight brothers, three sisters, and daughters-in-law Cindy Humphrey and June Shelton. Serving as pallbearers will be Clint Conder, Travis Conder, Arthur Humphrey IV, Chris Classen, Jonathon Austin and John Martinek. Serving as honorary pallbearers will be Aiden Humphrey, Brandon Martinek, Mikey Martinek, Anthony Classen and Luke Cunningham. Memorials may be made to the Alzheimer’s Association.

The family of Dorothy "Ruth" Humphrey created this Life Tributes page to make it easy to share your memories.

Send flowers to the Humphrey family.