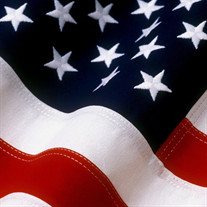 Earl Ulrich, 89, of Bowling Green died Thursday, December 1, 2016 at the Pike County Hospital in Louisiana. Shirley preceded him in death on Sunday, July 24, 2016 at the Moore Pike Nursing Home. Graveside Memorial services for Earl and Shirley Ulrich will be held 10:00 a.m., Friday, December 16, 2016 at the Green Lawn Cemetery with Rev. Frank Welch officiating. A time of fellowship and meal will be held immediately following at the Elm Grove Baptist Church. He was born to Oscar and Ollie Ulrich on June 6, 1927. He was the youngest of nine children with five brothers, Guy, Oscar, Fred, Walter and Raymond as well as three sisters, Ellen, Jessie and Anna May. He grew up near Curryville and later attended school in a one room school house where the Bowling Green reservoir is currently located. He went to work at Stark Bros. Nurseries before being drafted into the United States Army near the end of WWII. He served in the U.S. Constabulary in occupied Germany before returning to Bowling Green. He laughed that he had worked at Starks with a German prisoner of war who was housed at Louisiana and then running into the same man in Germany who was then working at the U.S. Military base. He met Shirley Houchin at the Pike County Fair when it was held at the current ball fields and city park and often told the people at the nursing home he could see where he met her and remembered everything about that day. They were married on June 3, 1950 and were never apart through 66 years of marriage until her death in July of 2016 just after their anniversary. They had three children James F. Ulrich, David Eugene Ulrich, and Carl Allen Ulrich. David passed shortly after birth. He worked for many years at Hercules in Louisiana where he eventually retired. He often talked about how he had worked on the ground when it belonged to Starks and then working construction on the same ground to help build Hercules before taking a job there. He enjoyed travel and made several trips to New Mexico as well as California and Virginia to visit his oldest son Jim and even traveled to Sicily while he was stationed there in the Navy. He worked with the Scouts for many years providing transportation for many hiking and camping trips. He loved going fishing and a proud moment was when a grandson caught a huge bass on one of those trips. He had it mounted so that he would always remember going with grandpa. He is survived by James Ulric, Carl Ulrich and wife Lori; six grandchildren, six great-grandchildren, and four great-great-grandchildren. He was also blessed with many nieces and nephews that continue to be a huge part of his family. Bibb-Veach Funeral Home is in charge of arrangements.

The family of Earl Richard Ulrich created this Life Tributes page to make it easy to share your memories.

Send flowers to the Ulrich family.