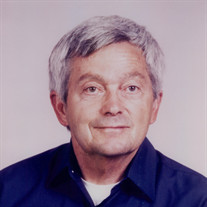 Floyd Nichols (Nick) Houchins, 81 of Frankford passed away Friday January 29, 2016 at the St. Luke’s Hospital in Chesterfield. Funeral services will be Monday at 11:00 A. M. at the First Christian Church in Frankford with Rev. Gail Aurand officiating. Burial will be in the Fairview Cemetery in Frankford. Visitation will be held on Sunday from 4 pm to 7 pm at the First Christian Church in Frankford. Floyd was born on June 6, 1934 in Hannibal, the son of Lee Edward and Susan Foutes Houchins. He married his childhood sweetheart Catherine Ann Brown on June 17, 1956 in Frankford and enjoyed 59 years of marriage. Other survivors include a daughter Suszanne (Ed) Hollinrake of Albia, Iowa, son Steve (Kathy) Houchins of Frankford, daughter-in-law Nickie Houchins of Frankford; grandchildren Catherine, Caylene and Nicholas Hollinrake, Clayton Caldwell, Mallory and Renee Houchins, Jolynn Houchins, Rhonda (Reg) Givens,and Scott Hipes; great grandchildren Avery Houchins, Caden Caldwell and Zella Wilkens; sister Margaret (Calvin) Brown and sister-in-law Evie Houchins of Frankford; special-in-laws Tom and Mary Catherine Brown, Judy Marshall and Joe and Lorraine Brown. He was preceded in death by his parents, a son Samuel Lee Houchins and brother Dale Houchins. After growing up in Frankford, he graduated from the Frankford High School in 1952. He served in the U.S. Army for two years. He worked for the Missouri State Highway Department as a senior construction inspector, retiring in 2000 after 45 years with MoDot. Floyd was well known for his mechanical ability. He was the lead architect for the creation of the mechanical sled used in the Frankford Tractor Pulls. Floyd’s inventiveness led to numerous pieces of production equipment used during his time at the State Highway Department. Because of his mechanical ability, all five members of his family had restored ’66 Mustangs. Floyd loved a parade. His creations varied from costumes to rides. He enjoyed spending time with his nephews and nieces. For over three generations, his haunted hayrides and bonfires in the woods have entertained. The hayrides evolved into the “Haunted Apartments on Main Street”, a free Halloween attraction. He was also proud of his ability to complete Sudoko puzzles in ink. He was a lifelong member of the Frankford I.O.O.F. Lodge #457. Floyd especially enjoyed many years as a member of the Christian Crusaders Sunday School Class and their numerous adventures. Pallbearers(grandchildren) will be Rhonda Givens, Catherine, Caylene and Nicholas Hollinrake, Clayton Caldwell, Mallory and Renee Houchins. Honorary Pallbearers will be the Christian Crusaders of the First Christian Church. Memorials may be made to the Pike County Home Health and Hospice or the First Christian Church of Frankford.

Floyd Nichols (Nick) Houchins, 81 of Frankford passed away Friday January 29, 2016 at the St. Luke&#8217;s Hospital in Chesterfield. Funeral services will be Monday at 11:00 A. M. at the First Christian Church in Frankford with Rev. Gail Aurand... View Obituary & Service Information

The family of Floyd Nichols (Nick) Houchins created this Life Tributes page to make it easy to share your memories.

Send flowers to the Houchins family.