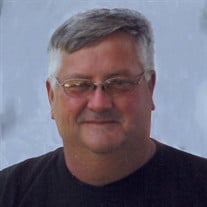 Gary Lee Wilson, age 64, of Bowling Green passed away July 25, 2016 at the Barnes Jewish Hospital in St. Louis with family and friends by his side. Funeral services will be held 7:00 p.m. Friday, July 29, 2016 at the Bibb-Veach Funeral Home in Bowling Green with Rev. Fr. Lou Dorn officiating. Visitation will be held from 3:00 – 7:00 p.m. Friday at the funeral home. Gary was born January 20, 1952 in Louisiana the son of Harold “Pete” and Alma Blanche Crook. On October 14, 1972 in St. Clement he married the love of his life Wanda Louise Orf. She survives. Other survivors include two sons Vance (Chris) Wilson of Quincy, IL, Terry (Amanda) Wilson of Bowling Green; three grandchildren Blaine, Ally and Trent Wilson; two step grandchildren Taylor Steffen and Cassandra Steffen; and brother Harold (Charlotte) Wilson of Louisiana; along with many nieces and nephews. He was preceded in death by his parents, grandparents, sister Lois Richards, sister-in-law Shirley Henderson and brother-in-laws Larry Orf and Joe Touchette. Gary was born and raised in Louisiana belonging to the Catholic Faith and moved to Bowling Green after marriage. He worked construction as a heavy equipment operator and also was a mechanic and built race cars. Loved his #55 dirt racing car, was a member of the Quincy Raceway Hall of Fame, and belonged to Gatorade Circle of Champions. He won many races and many trophies over his 45 years of racing and his last laps were made on the track just two weeks ago. He has helped many people over the years. He was the go to person on and off the track. Making many friends and memories over the years. Gary also loved boating and being on the river with his Rat Pack, family and grandchildren. He loved his dog Sandy and they spent every morning in the shop together. The garage doors were always open for anyone to use at any time. Memorials may be made to the family of Gary Wilson c/o Bibb-Veach Funeral Home in Bowling Green.

Gary Lee Wilson, age 64, of Bowling Green passed away July 25, 2016 at the Barnes Jewish Hospital in St. Louis with family and friends by his side. Funeral services will be held 7:00 p.m. Friday, July 29, 2016 at the Bibb-Veach Funeral Home... View Obituary & Service Information

The family of Gary Lee Wilson created this Life Tributes page to make it easy to share your memories.

Send flowers to the Wilson family.