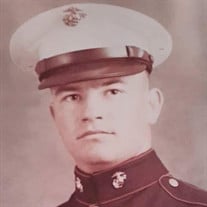 Guy Robert Gibson, 73, of Curryville, passed away Friday, August 13, 2021 at his home. Cremation rites are under the direction of Bibb-Veach Funeral Homes and Crematory of Bowling Green. A Celebration of Life will be held at 2:00 pm, Saturday, September 4, 2021, at Double A’s Haus in Bowling Green. Guy was born March 10, 1948 in Wentzville, Missouri to Faydalis Forrest and Doris Maureen Lambert Gibson. He was united in marriage to Mary Frances Brown on April 10, 1976 at First Baptist Church in Wentzville, Missouri. She preceded him in death on August 9, 2020. Guy is survived by daughters: Dawn Burgett (Steve) of Bowling Green, Sandy Grote (Paul) of Curryville, Melissa Tetrault (Jon) of Bowling Green, and Liz Gibson of Curryville; grandchildren: Josh Barton, Guy Storz (Sabrina), Danny Barton (Kelsey), Steven Burgett (Brittany), David Barton (Megan), Teala Tetrault (Jason Sanchez), Tyler Burgett (Morgan), Thayer Tetrault (Emily), Jacob Grote (Grace), Chloe Gibson, and Logan Gibson; 11 great-grandchildren, with one on the way; brothers: Scott Gibson, Greg Gibson, and Michael Gibson; sister, Gaylynn Harris; and many nieces, nephews and cousins. Guy was preceded in death by his parents; his wife; and his parents-in-law. Guy grew up in the Wentzville area, moving to Pike County in 1988. After high school, he enlisted with the United States Marines and served during the Vietnam War. While serving his country during the war, he was shot by a sniper while evacuating fellow soldiers and became disabled. Because of these injuries Guy received a Purple Heart. He was a member of the Wentzville VFW. Guy enjoyed carpentry work. He also liked tinkering with small engines. In his free time, he enjoyed reading western novels and watching westerns on TV, especially those starring John Wayne. His favorite pastime was watching his grandchildren play. Memorials may be made to The Wounded Warriors Project or Heartland Hospice.

Guy Robert Gibson, 73, of Curryville, passed away Friday, August 13, 2021 at his home. Cremation rites are under the direction of Bibb-Veach Funeral Homes and Crematory of Bowling Green. A Celebration of Life will be held at 2:00 pm, Saturday,... View Obituary & Service Information

The family of Guy Robert Gibson created this Life Tributes page to make it easy to share your memories.

Send flowers to the Gibson family.