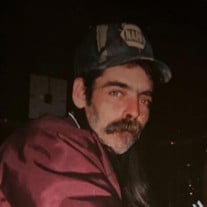 John Ray Link, 63, of Silex passed away early Monday, November 9, 2020, at his home. Visitation for John will be held at Bibb-Veach Funeral Home in Silex on Thursday, November 12 from 3:00 – 5:00 p.m. John was born on October 14, 1957 to Calvin Coolidge and Dorothy Nadine Link of Bloomfield, Missouri. He attended Bell City, Missouri school until the age of 15 when he went to work for his Uncle Cletus at his grocery store. He took care of anything that needed to be done around the store. He then worked at the shoe factory in Advance, Missouri. John and his wife, Gwen, and their daughter, Stephanie, moved to Troy in 1983. He was employed at Charleswood. In 1985 Rachel was born. The girls were his life, and his world revolved around them. Then came his grandchildren; Eva, Maria, Dylan, Olivia, and Riley, whom he loved dearly. John was a simple man who gave more than he ever expected to get back. He loved his family and treated everyone as family. He would give the shirt off his back for anyone, and was always willing to help anyone. He was a funny guy who was always trying to make people laugh with his quirky little jokes and stories; and boy, did he have some stories! John has lived in Silex for over 20 years and has made a lot of friends. He had no enemies. John was currently employed with Jim Miller at Jim’s Trim and Cabinets. He had been employed there over 20 years and loved his job and building things. People all over Silex have something he has built. He always gave his creations away, never wanting money. John will live on forever in the hearts of many people. John is survived by daughters Rachel Penny of Jackson, Missouri and Stephanie Danger of Troy; grandchildren: Eva Danger, Maria Danger, Dylan Byas, Riley Penny, and Olivia Penny; and sisters: Virgie Geeding of Troy, Marilyn “Susie” Schulte (John) of Troy, Beverly Mangrum (Kevin) of Bloomfield, Missouri, Lesa Link (Doug Limbaugh) of Bloomfield, Missouri, and Virginia Bradley (Bill) of Charleston, Missouri. He was preceded in death by his parents; and siblings: Marsha Henson of Bloomfield, Missouri, Patsy Creech of Troy, Larry “Joe” Link of Bloomfield, Missouri, James Link of Troy, and Mary Louise of Bloomfield, Missouri. Memorials may be made to the donor’s choice.

The family of John Ray Link created this Life Tributes page to make it easy to share your memories.

Send flowers to the Link family.