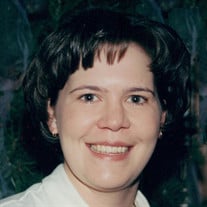 Kelly Lynn Carroll, 36, of Bowling Green passed away Sunday, July 3, 2016 at her home. Funeral services will be held 1 p.m., Thursday, July 7, 2016 at the Bibb-Veach Funeral Homes with Rev. D. Randall Cone officiating. Burial will be in the Buffalo Cemetery in Louisiana. Visitation will be 11 a.m. to time of service, Thursday, July 7, 2016 at the funeral home. Kelly was born August 13, 1979 in Hannibal the daughter of Terry Lynn and Lisa Rayne Berry Burris. In 2008 she married David Lee Carroll. He survives. Other survivors include their three children Allie Carroll 7 years old, Kortney Carroll 10 years old, and Whitley Carroll 13 years old; parents Lisa and Terry Burris; grandmother Lucy Burris of Bowling Green; brothers Kyle (Erin) Burris and Kristoffer (Deanna) Burris all of Bowling Green; and many aunts, uncles and cousins. She was preceded in death by her grandfather’s Edward Burris and W.C. Berry; and her grandmother Doris Berry. After graduating from Bowling Green High School, she attended Iowa State University majoring in Biology. Kelly joined the U.S. Army in 1999. She served on active duty as a medical specialist in Tacoma, Washington and Baumholder, Germany. She later attended Deaconess College of Nursing graduating in 2004 with her Associates Degree in Nursing. Kelly then went to the University of Missouri, Columbia graduating with her Bachelor’s degree in Nursing in 2006. She worked as a nurse at SSM in Wentzville. Kelly was known to be a caring and compassionate nurse. She will be remembered by family and friends for her sense of humor and her way with words. She had a joy of learning and loved to tackle challenges in her profession. Kelly was often relied on by coworkers and friends. Most of all she had an intense love for her three girls and the love of her life David. Pallbearers will be Kyle Burris, Kris Burris, Steve Hoepf, Mike Christensen, Larry Larson and Mark Luebrecht. Honorary pallbearers will be Jennifer Chandler, Dana Gordy, Brandy Grote, Nicky Nelson, Sasha Rue and Jeannie Stuckey. Memorials can be made to the family of Kelly Carroll c/o the Bibb-Veach Funeral Home in Bowling Green.

Kelly Lynn Carroll, 36, of Bowling Green passed away Sunday, July 3, 2016 at her home. Funeral services will be held 1 p.m., Thursday, July 7, 2016 at the Bibb-Veach Funeral Homes with Rev. D. Randall Cone officiating. Burial will be in the... View Obituary & Service Information

The family of Kelly Lynn Carroll created this Life Tributes page to make it easy to share your memories.

Send flowers to the Carroll family.