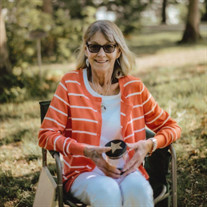 Lynda Carol Luebbers, age 71, of Bowling Green, passed away Saturday, August 14, 2021, in the peace and quiet of her home with her husband by her side. Cremation rites are under to direction of Bibb-Veach Funeral Homes & Crematory in Bowling Green. The family will hold a Celebration of Life service at 2:00 pm at the Broken P Event Center, September 18, 2021. Lynda was born April 24, 1950, the daughter of Bert Henry and Mildred Martha Guejen Green. Born and raised in Bowling Green. She attended Bowling Green Schools and graduated in 1968. On February 15, 1969, she married Roger Alan Luebbers at the St. Joseph Catholic Church in Louisiana, MO, as the new church in St. Clement was being constructed. To this union two children were born. The family remained in Bowling Green and has lived on the family farm for the last 24 years. Survivors include husband Roger Alan Luebbers of Bowling Green; daughter Lori Ann (Mark) Cohea of Bowling Green; son Timothy Alan (April) Luebbers of Blue Springs, MO; grandchildren Nicholas Allen Cohea, Shelby Ann Cohea, Avril Faye Luebbers, and Baylee Alana Luebbers; brother James “Jim” (Karin) Green; nieces, nephews, and many cousins. She was preceded in death by her parents and an infant sister. Lynda worked in the garden center for Stark’s during the spring and for Perry Ag Lab for a period of time. Her primary job was working for Walmart as a clerk, beginning in Louisiana and moving with the store to Bowling Green. She was a member of the St. Clement Catholic Church and previously belonged to the Bowling Green Potpourri Club. Her hobbies included gardening, especially her hydrangeas in the front of her house. Also included in her hobbies were taking pictures and making postcards, sewing, going to flea markets, and going on trips and antiquing. Memorials may be made to Pike County Hospice.

Lynda Carol Luebbers, age 71, of Bowling Green, passed away Saturday, August 14, 2021, in the peace and quiet of her home with her husband by her side. Cremation rites are under to direction of Bibb-Veach Funeral Homes & Crematory in Bowling... View Obituary & Service Information

The family of Lynda Carol Luebbers created this Life Tributes page to make it easy to share your memories.

Send flowers to the Luebbers family.