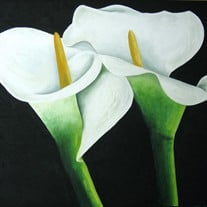 Marjorie A. Lovell, age 82, of Cyrene passed away October 15, 2017 at the Tri-County Care Center in Vandalia. Funeral services will be held 10:00 a.m., Friday, October 20, 2017 with visitation from 4:00 -7:00 p.m. Thursday, October 19 at the Bibb-Veach Funeral Home in Bowling Green. Burial will be in the Antioch Cemetery in Cyrene. Marjorie was born June 5, 1935 in Louisiana the daughter of Harry S. and Pauline Childs Tinsley. She and Glen Richard Lovell were united in marriage on February 13, 1954 in Cyrene. Survivors include her husband Glen; children Richard Lovell and wife, Michelle, of Indianapolis, IN, Julia (Judy) Ryan of Sun Prairie, WI and Douglas R. Lovell and wife, Lena, of Bowling Green; 11 grandchildren and 14 great grandchildren; sister Virginia Nell Sanderson of Bowling Green; many nieces, nephews, friends and neighbors. She was preceded in death by her parents, 2 brothers, Wayne and Willard Tinsley, and sister, Martha Lawrence. Marjorie grew up and lived in Cyrene her entire life. She was a member of the Antioch Presbyterian Church, was a homemaker and a farmer’s wife. She enjoyed gardening, knitting and sewing but most of all she loved spending time with her children, grandchildren and great grandchildren. Serving as pallbearers will be Jared Ryan, David Ryan, Rob Lovell, Steven Lovell, Chris Charlton and Brenden Henderson. Serving as honorary pallbearers will be Everett Lovell, Kenneth Turpin, Terry Thomas and Ashton Wallace. Memorials may be made to Antioch Cemetery or Alzheimer’s Association.

The family of Marjorie Lovell created this Life Tributes page to make it easy to share your memories.

Send flowers to the Lovell family.