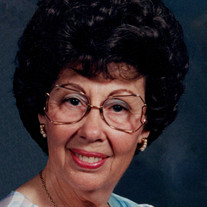 Rita Louise Peasel of Troy passed away on Wednesday, October 14, 2015 at Mercy Hospital in Troy at the age of 83. Rita was born on July 13, 1932 in Silex to Owen and Hazel Meuth. As an only child, she helped on the family farm. On May 12, 1951 Rita was united in marriage to her school sweetheart Melvin Peasel at St. Alphonsus Church in Millwood. Rita joined Melvin in Hawaii while he served in the Army. Upon returning home, they began farming and raising livestock. She worked as a bookkeeper at the Farmer’s Elevator in Troy until she became a partner in Central Elevator in Silex where she served as Secretary/Treasurer for many years. She remained active with Central until her death. With something always missing in her life, two small children, a son Frank and a daughter Peggy: joined the family in 1970. Rita enjoyed bowling, traveling and dancing for many years and was an avid water-skier. She will be remembered by the many she taught to ski, children and adults. Her patience never wore thin. Her reward was the excitement of the skier when they got up for the first time or mastered something new. God gave her the gift of boating and skiing with her grandchildren, family and friends. She was preceded in death by her parents and her husband Melvin. Her bothers-in law William D, Kenneth, and Lloyd (Bob) Peasel, Alfred Twellman, and Sam Mudd; and sisters-in-law Leola O’Came, Geraldine Harrell, Jimee Peasel, and Mary Twellman. Rita is survived by one son Frank Peasel of Silex and daughter Peggy Wehmeyer (Chuck) of Hawk Point six grandchildren Paul, LeeAnne and Jon Martin, Nick, Kenneth (Nikki) and Joseph Peasel and one great granddaughter Nevaeh Peasel. Two brothers-in-law Bill Peasel (Barbara), Ron Peasel (Susan) and two sisters-in-law Betty Mudd and Martha Peasel. Visitation will be held on Monday, October 19, 2015 at the Bibb-Veach Funeral Home in Silex, Mo from 3pm until 7pm. A funeral mass will be held at 10am on Tuesday, October 20, 2015 at St Alphonsus Church in Millwood. Officiating will be Father Charles Tichacek. Pallbearers will be her nephews, Gene Peasel, Mike Peasel, Greg Peasel, Marvin Peasel, Rob Peasel, and Rick Twellman; nieces Janie Peasel and Christy Peasel; great-nephew, Tyler Peasel. Interment will follow at the Alphonsus Cemetery, Millwood. Rita will be greatly missed and long remembered for her giving generous nature. Memorials may be made to Knights of Columbus/St. Alphonsus Repair Acct, Sister Lucinda Mayer or the American Cancer Society c/o Bibb-Veach Funeral Home, 606 W. Main, Bowling Green, Mo 63334.

Rita Louise Peasel of Troy passed away on Wednesday, October 14, 2015 at Mercy Hospital in Troy at the age of 83. Rita was born on July 13, 1932 in Silex to Owen and Hazel Meuth. As an only child, she helped on the family farm. On May 12,... View Obituary & Service Information

The family of Rita Louise Peasel created this Life Tributes page to make it easy to share your memories.

Rita Louise Peasel of Troy passed away on Wednesday, October...

Send flowers to the Louise family.