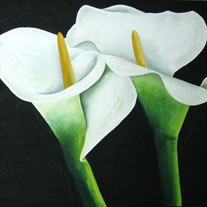 Robert Lane Lawson, age 91, passed away on October 23 at Lynn’s Heritage House in Louisiana, MO where he currently resided. Memorial Visitation will be held at Bibb-Veach Funeral Home on Monday, November 21, from 5:00 – 6:30 p.m. Burial will be private and at the convenience of the family at Memorial Gardens Cemetary (Bowling Green, MO). Mr. Lawson was born near Wyaconda, MO on February 1, 1925 to David Lawson and Rosa Alice Bourn Lawson. He was married to Joan Privett Lawson until her passing in 2002. Mr. Lawson was preceded in death by his parents; his wife; sisters, Zella Nichols, Edna Mae McNalley, and Pauline Fleshman; brothers, Jesse Lawson and Virgil Lawson; father-in-law and mother-in-law, Joe and Restora Privett; brothers-in-law Burl Nichols, William McNalley, William Privett and Bob Privett; and sisters-in-law Vivian Privett and Ruth Lawson. Survivors include his daughter, Joni Lawson Pulliam, her husband, Curtis Pulliam, and grandson, Christopher Pulliam, all of Utica, NY. Additional survivors include sisters-in-law and brothers-in-law Elaine and Marcine Niemeyer (Bowling Green, MO) and William and Linda Akers (Columbia, MO), as well as many nieces and nephews. Mr. Lawson attended Wyaconda, MO schools. He proudly enlisted in the U.S. Army during World War II and served in the Pacific. He worked for Amoco Oil Company (Pipeline Division), retiring in 1986 with 35 years of service. His work took him to Missouri, Illinois, Georgia, and Texas. Mr. Lawson was an avid bowler, bowling a perfect 300 game at the age of 71. He was also an outdoor enthusiast who enjoyed quail and deer hunting. He was an avid fisherman, whether fishing the Mississippi River or the Gulf of Mexico. During his retirement, he enjoyed annual “Wildcat” reunions with fellow WWII Army buddies. The family would like to extend their heartfelt gratitude to the staff at Kindred Hospice, as well as to the staff at Lynn’s Heritage House for their exceptional care. Memorials may be made to Kindred Hospice (Troy, MO) or to a charity of choice.

The family of Robert Lawson created this Life Tributes page to make it easy to share your memories.

Send flowers to the Lawson family.