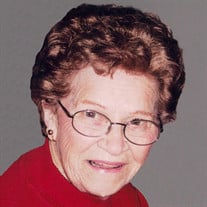 Ruby Freeman, age 101, of Bowling Green, passed away Saturday, April 23, 2016 at the Moore-Pike Nursing Home in Bowling Green. Funeral services will be held at 10:00 am on Thursday, April 28, 2016 at the First Christian Church in Bowling Green with Pastor Dawn Marie Turner officiating. Burial will be in the Memorial Gardens Cemetery. Visitation will be held from 4:00 pm until 7:00 pm on Wednesday at the Bibb-Veach Funeral Home in Bowling Green. How many of us in the community ever received a phone call from Ruby asking “What news do you have?” If you ever got that call—and a lot of you got it often—then you know that Ruby was the correspondent for the Bowling Green Times and later The People’s Tribune for more than 60 years. Ruby was always full of energy and actively engaged in her community and family. She wanted to keep busy, know what was going on, and contribute in whatever way she could. Ruby was the daughter of Sidnor and Mamie Humphrey. She was preceded in death by her husband Jack Freeman in 2001 and her daughter Joy in February of this calendar year. Born at home in 1915 in Silex, Missouri, Ruby had a unique perspective on the history of northeastern Missouri. She grew up in Silex, then Elsberry, with her siblings Bobby, Ralph, JC and Doris. She graduated from Elsberry High School and then went on to attend the Chillicothe Business College. The family moved to Bowling Green after Ruby graduated from high school. Ruby would end up living in Bowling Green her entire life where she remained an active member of the First Christian Church. Ruby was married to Jack Freeman for 60+ years before Jack passed away in 2001. As a boy, Jack was best friends with Ruby’s brother JC. One day while riding their bikes, Jack asked JC, “Why doesn’t that cute little girl on your porch go to school?” That cute little girl was Ruby who was already out of school. They went out dancing with friends at Green’s Café and courted each other for two years before Jack finally worked up the nerve to propose. They were married a week later at Jack’s childhood home in Bowling Green. Afterwards Jack’s father wrote in the Bowling Green Times: “And the bride? We think she’s awfully cute, a lot of common sense and a good cook, too and we have an idea she’s going to see that Mr. Jack saves his money, attends meeting regularly and helps with the dishes. But she’s awfully little and we have a feeling we traded a lot of boy for such a teeny weeny girl.” They had their only child, Joy Freeman, in 1942, just before Jack was drafted into WWII. During the time Jack was in Europe Ruby faithfully wrote to him every day and made sure little Joy was always dressed up in cute outfits all the time. After his father Bonham passed away Jack became the editor and publisher of the Bowling Green Times, and Ruby was “his girl Friday.” She did every job necessary to get the paper out weekly for more than 35 years. She proofed galleys, filled slugs in the linotype machine, checked facts, and even bundled up the papers. And of course, she regularly filed stories about the lives of the people of northeastern Missouri. Gathering news from her “correspondents” in Eolia, Silex, Frankford, Ashley, New Hartford, and many other surrounding towns and communities, Ruby filed thousands of columns about who was getting married, celebrating a birthday or anniversary, or who passed away. Ruby loved her community and she loved sharing its stories. Her meticulous record keeping, evidenced by the volumes of surviving notepads and journals, are still used to this day by the staff at the Times when researching the past history of the community. In 1984 the Freeman family sold the Bowling Green Times but this did not squelch the enthusiasm or the reporter’s gene within Ruby. While Jack took to retirement like a fish takes to water, Ruby “retired” by continuing to work for another 16 years at the Bowling Green Times and then The People’s Tribune. She never ceased showing her love for letting everyone know the happenings of the community. Ruby doted on her three grandchildren—Robin, Todd, and Nick, and they fondly remember going with Ruby and Jack on weekends to Hannibal to sit around the piano bar at the Carriage House and sing, or to the Patio in Quincy for dinner where the end reward, if they finished all their meal, was a bite of the Patio’s world famous ice cream grasshopper drink. They also remember going to the Pike County Country Club with them for golf and dinner with their friends. At family Christmas gatherings she would entertain her grandchildren and draw roars of laughter when she would dance a little jig or sing a song from the past. As a special treat, the couple would take one or more of the grandchildren into St. Louis for the day to shop and have dinner. Ruby was a bundle of energy with an active and inquisitive mind to the very end. She was the self-appointed investigative reporter at Moore-Pike Nursing Home where she lived for the past six years, regularly checking in with the other residents to collect any news of the day they might have. Ruby died after 101 years on this earth. She will be fondly remembered as a loving wife, mother, grandmother, great grandmother, sister, friend to many, and active contributor to the people and community of Bowling Green. She is survived by her sister, Doris Flood, her grandchildren Robin, Todd and Nick Niemeyer and her great-grandchildren Abby, Maggie, Zach, Claire and Lauren. Memorials may be made to Bowling Green High School Alumni Association, First Christian Church or the Pike County Home Health and Hospice.

The family of Ruby Freeman created this Life Tributes page to make it easy to share your memories.

Send flowers to the Freeman family.