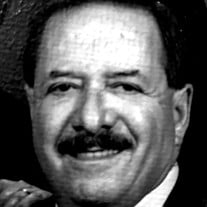 Terry Dale Dean 72, of Bowling Green, MO died Saturday February 10, 2018 at his son’s home in Ballwin, MO. Funeral Services will be held at 11:00am, Thursday, February 15, 2018 at Bibb-Veach Funeral Home in Bowling Green with Judy King, CRE officiating. Burial will be held in the Memorial Gardens Cemetery. Visitation will be held from 4-7 pm Wednesday at the funeral home with a Masonic Service following. He was born August 8, 1945 in Hannibal, MO, the son of Rex and Edna Dean. He married Joan Evelyn Gessman on the 22nd December, 1963 at the Whiteside Presbyterian Church by Reverend James Williams. She survives Other family survivors include one daughter, Stacie Lynne’ Palmer and husband, Michael of Dubuque, IA and their children; Nathan Michael, Joshua Daniel, Jordan Elise and Logan Dean, and great grandson Harlan Palmer. One son, Anthony Joseph Dean and his children, AJ Jr. Dechlan Ryder, and Willett Elizabeth Rose who live in Ballwin, MO. He also is survived by several cousins, Bill Jackson, Brent Jackson, Jimmie Dean, Dennis Dean, Gary Dean, Phyllis Dean, Buck England, and Harold England. He was preceded in death by his brother Billy Frank Dean and his parents Rex and Edna Dean along with Grandparents, William England and wife and E.F. Dean and wife. Terry graduated from Bowling Green High School in 1963, after he attended US Trade Schools in Kansas City, MO, upon completion he worked at Zange Automotive in Canton, MO along with other facilities in Quincy, IL. He then worked as the Bodyshop Manager at Gentry Ford in Bowling Green, MO. After closing he went to work at Hercules Inc. in 1967, where he retired after 33 years of service on December 2000. He served on the city council in Bowling Green, MO as a Ward Representative, he was a coach for his son’s and other kids Khoury League Teams, he was an avid Scout Leader with local Troop 177, from which his son made Eagle Scout, he completed BSA Wood Badge Training (as an Eagle) and was tapped into Order of the Arrow. He continued the Scout effort as a recognized Leader of Cub Scout Pack 751. Later in life he attended Lindenwood College through the Adult Education program during the years of 1983-1986. Terry would have received his 50-year pin with the Masons in 2018 and was a member of the Eastern Star Troy Chapter #405. He was actively involved in his local church, the First Presbyterian Church of Bowling Green. Over the years he served as a Deacon and Elder and more recently on Missouri Union Presbytery Committees. He was an active member of the church choir. Terry was an avid outdoorsman over the years, teaching Conservation skills and techniques. He enjoyed gardening, cooking and especially making themed cakes for many a birthday. He enjoyed all kinds of music, playing guitar, trumpet and sang. He enjoyed photography, painting and playing league golf with his buddies at the Pike County Country Club. He was the grandfather of seven grandchildren and proudly attended school events and supported their widely ranging activities. Serving as Pallbearers will be grandsons Nathan, Joshua, Logan Palmer, granddaughters fiancée Jacob Peterson, and longtime friends Chris Peterman and David Buchholz. Serving as honorary pallbearers will be grandchildren Jordan Elise, AJ Jr, Dechlan, Willett and great-grandson Harlan. Memorials can be made to the American Heart Association, Masonic Lodge #136 Bowling Green or the First Presbyterian Church.

The family of Terry D Dean created this Life Tributes page to make it easy to share your memories.

Send flowers to the Dean family.