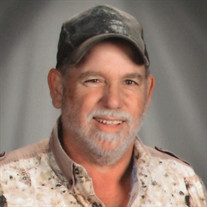 William (Bill) Robert Kimbro, 69, of Eolia, passed away August 11, 2021 at his home with his wife by his side. Memorial services for Bill will be Saturday, August 21, 2021 at 10:00 a.m. at the Second Baptist Church in Bowling Green with Pastor Mark West officiating. Bibb-Veach Funeral Homes and Crematory of Bowling Green is handling the arrangements. Bill was born December 13, 1951 to Clarence William and Lucille Frances Hanff Kimbro. He was united in marriage to Diane Joan Hurtgen on October 16, 1971 in O’Fallon, Missouri. She survives. Also surviving are son, David (Rachel) Kimbro of St. Peters; daughter, Corina (Thomas) Dowell of Bowling Green; grandchildren: Dakota Hipes, Dillon Kimbro, Noah Kimbro, Haley Dowell, and Ethan Bray; and sister, Linda (Eric) Jenkins. Bill was preceded in death by his parents; and a sister, Kathleen Jefferson. Bill graduated Ft. Zumwalt High School in O’Fallon in 1970. Once married, he and his family resided in several different places before settling in Eolia, where they spent most of their life. Bill was a jack of all trades and could build or fix about anything he set his mind to, but his primary occupation was driving a truck. When not working or taking care of the family property, Bill loved hunting and fishing. Checking his game cameras and sharing pictures with his friends and family was one of his favorite activities. Bill was a very wise man, and held an abundance of knowledge. Bill loved spending time with his family, especially his beloved grandchildren. He was well-known and had many friends. Bill was also a member of the Second Baptist Men’s Group. He would help and share his knowledge with anybody that he could, and was famous for his dad jokes. Bill will be sadly missed by all who knew him. Memorials may be made to Second Baptist Church of Bowling Green or the Missouri Department of Conservation.

William (Bill) Robert Kimbro, 69, of Eolia, passed away August 11, 2021 at his home with his wife by his side. Memorial services for Bill will be Saturday, August 21, 2021 at 10:00 a.m. at the Second Baptist Church in Bowling Green with Pastor... View Obituary & Service Information

The family of William Robert Kimbro created this Life Tributes page to make it easy to share your memories.

Send flowers to the Kimbro family.