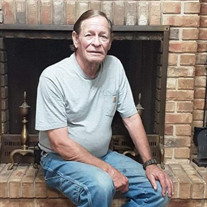 Stanley “Willis” Straube, 69, of Bowling Green, passed away January 21, 2021 at his home. Funeral services for Willis will be held Saturday, January 30, 2021 at 11:30 a.m. at Second Baptist Church in Bowling Green with Rev. Jerry Gamm and Pastor Mark West officiating. Burial will be in Edgewood Cemetery. Visitation will be from 9:00 to 11:30 a.m. at Second Baptist Church. Online streaming of the service will be available on Bibb-Veach Funeral Home’s Facebook page. Willis was born May 26, 1951 in Bowling Green, Missouri to Everett James Straube Jr. and Lillie Mae Dieckmann Straube. He was united in marriage to Vicki Ann Burnett on June 20, 1976. She preceded him in death on January 6, 2006. Willis lived in Bowling Green his entire life. He graduated from Bowling Green High School in 1969. Immediately after graduation, he enlisted in the United States Marine Corps. During Vietnam, he served as a Corporal in Futema, Okinawa. After discharging from active duty, Willis served in the United States Marine Corp Reserves from 1969 – 1972. He is a lifetime member of the VFW Post #5553 in Bowling Green. Willis worked as a laborer for several construction companies over the years, and enjoyed the many friendships he made during that time. When he wasn’t working, he liked to spend his time hunting, fishing, gardening, and playing golf or baseball. He once played on an all-star team at Sportsman’s Park. He also enjoyed playing his guitar, and studied the history of music. He was a fan of blues and country music. He enjoyed barbequing and playing cards, but his favorite pastime was spending time with his family and grandchildren. Willis is survived by sons, Jason Straube (Wendy Summers) of Bowling Green and Seth Straube (Jeni) of Bowling Green; daughter, Carmen Charlton (John) of Bowling Green; grandchildren: Kinley and Kaylyn Charlton, Kyle and Jayce Straube, Steven Bryant, Everli Straube, Carly Ledford, and Jaymeson Portwood; brother, Chris Straube (Vickie Ruth) of Center, Missouri; sisters, Annice Allensworth (R.J.) of Bowling Green and Lucy Scherder of Warrenton, Missouri; and many nieces, nephews, and cousins. He was preceded in death by his parents and wife, Vicki. Pallbearers will be Ricky Allensworth, Aaron Straube, Shawn Burnett, John Charlton, Randy Hays, and Curtis Scherder. Memorials may be made to the donor’s choice.

The family of Willis Straube created this Life Tributes page to make it easy to share your memories.

Send flowers to the Straube family.